I have calmed down (a little) since the Brexit referendum, although I am yet to speak to some individuals and 'bridge the gap' given how they chose to vote.
It's a democracy.
Time heals, yadda, yadda, yadda and all that.
I cannot dwell on it or the palpitations start again.

Anyway. I attended this week a three-day business conference in Liverpool. I had no idea what to expect (given the sector and the industry with which I was fairly unfamiliar) but one of my clients invited me and so - hey presto - there I was.

Some very insightful plenary sessions, a number of valuable breakout discussions, many interesting attendees, and a range of truly brilliant speakers:


I am quite exhausted but equally exhilarated from the volume of input.

Diverse as these individuals all were, and varied as their own backgrounds and careers might be, there appeared to be a unanimous theme amongst them: we have not even come close to the mountain of problems in future years (yes, years) with the UK voting to leave the EU.

I will not seek to paraphrase what they spoke about, but it was best captured in Pascal Lamy's comment regarding the complexity ahead: "Getting an egg out of an omelette."

And on that note, I shall leave you with another cartoon. 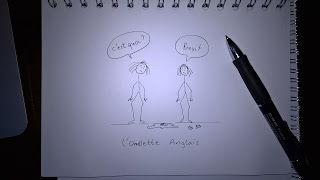 Well, this is why. And it was fabulous.


Five take on the NC500 from Sabina Mangosi on Vimeo.