Instead here is something completely fabricated. Or not. You decide.

It seems like only yesterday that we were raising a glass to the new year, and yet here we are (almost) again. Well, I never!

The children have simply amazed us over the past twelve months. Mr Man came first in the extremely competitive annual cowpat-throwing county event sponsored by a local fertiliser manufacturer. Blossom auditioned successfully for the role of the tree in the West End production of 'Wind in the Willows', and Widget was named chief mascot for the local authority's allotment allocation selection committee.

We could not have been prouder. It brought a tear to my eye.

OH opted against climbing Mt Kilimanjaro again (it would have been his fifth time) and instead accepted the honour of leading a party of octogenarians in their attempt to scale the stairwell up The Monument. Alas, it had to be cancelled at the eleventh hour due to some unforeseen fatalities brought on by advanced ageing.
He is such a trooper, though. Undaunted by this hiccup he proceeded to learn a new skill and is now rodeo master at the local hippodrome, teaching children how to wrestle wild horses in his spare time.

My heart just flutters at the mere thought.

My own adventures this year have been very low key. A sole Channel swim and some base jumping is all I could manage, but then again I am so grateful for being given the opportunity to ride my bike across the Cuillin Ridgeline and give Danny MacAskill some valuable tips before his own attempt.

Such an honour as well to be nominated for SPOTY, but I had to withdraw given personal reasons and a clash of interests with another event that was taking precedence in my calendar.

So, on to another year. How exciting!

I hope this finds you and yours well, and if not, then so be it.

See you around the corner. 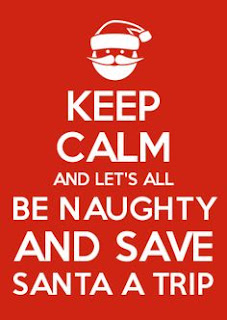