Too much time on my hands, obviously

Add the Moose and five Moosettes and some TM training:

Take stock of the start area, aka 'Base Camp':


Look at some of the obstacles from a distance: 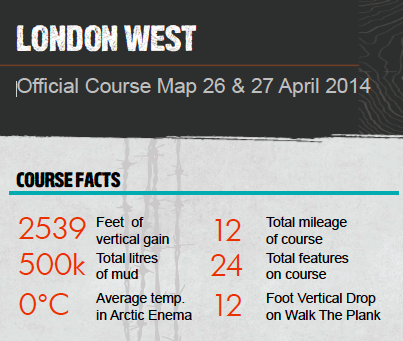 Kiss your trainers goodbye - because unless you actually lose them en route (mud suction, anyone?), they will look something like this by the end of it:


Head to the start: 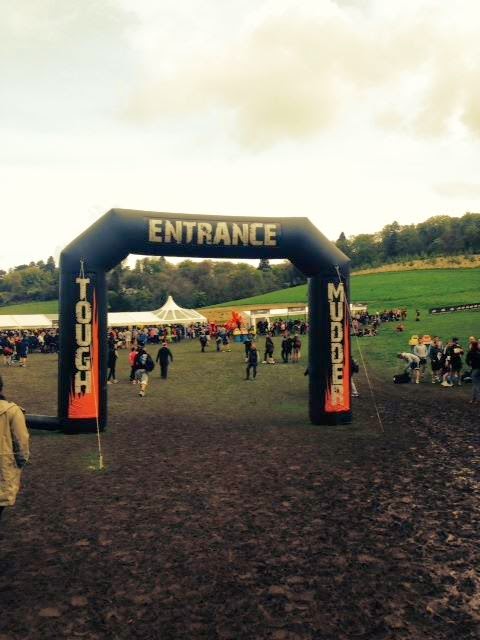 Take the obstacles in your stride, especially the second one - aka the infamous Arctic Enema:


Along with some of the others: 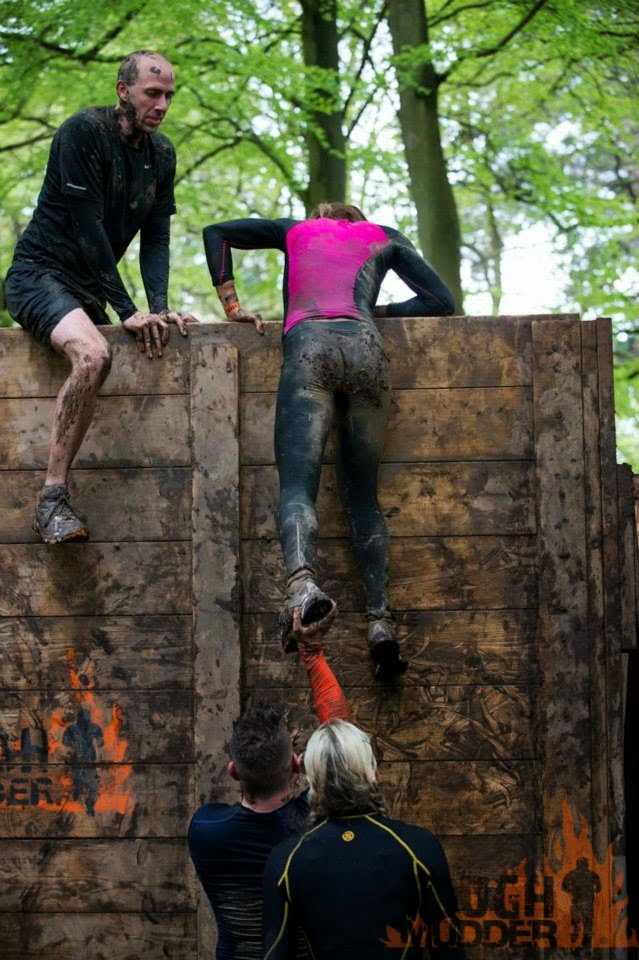 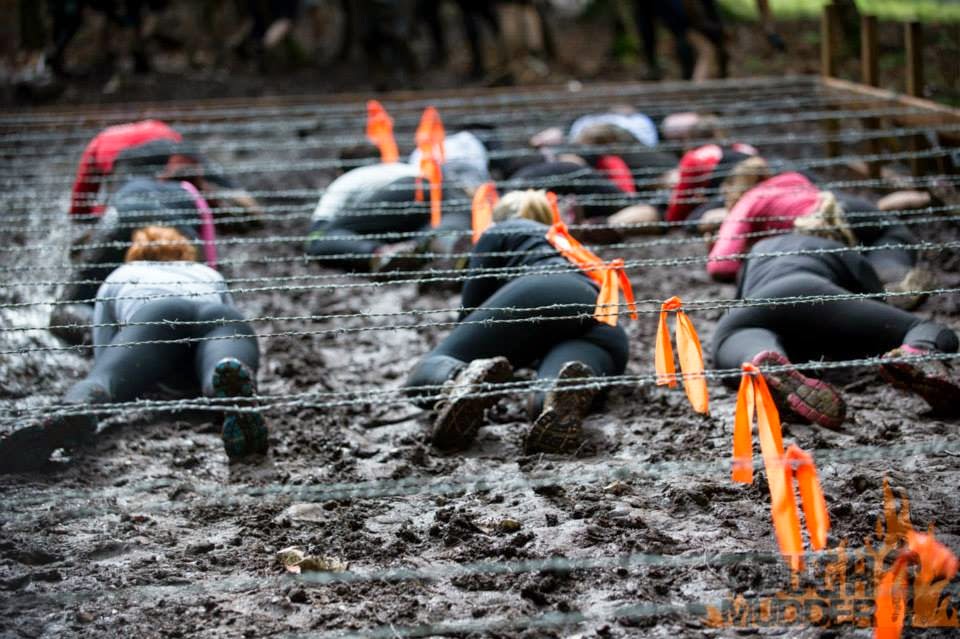 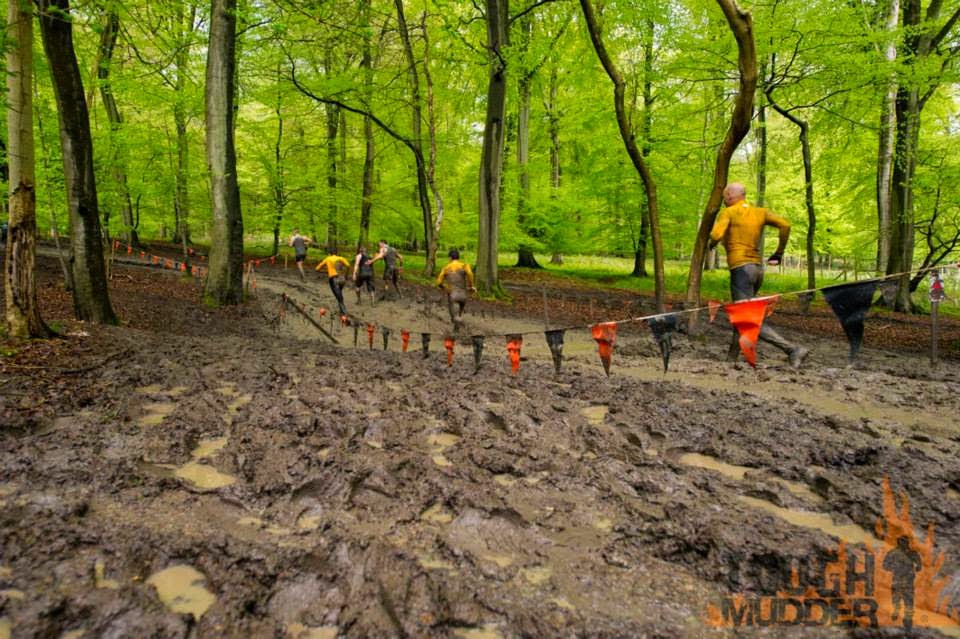 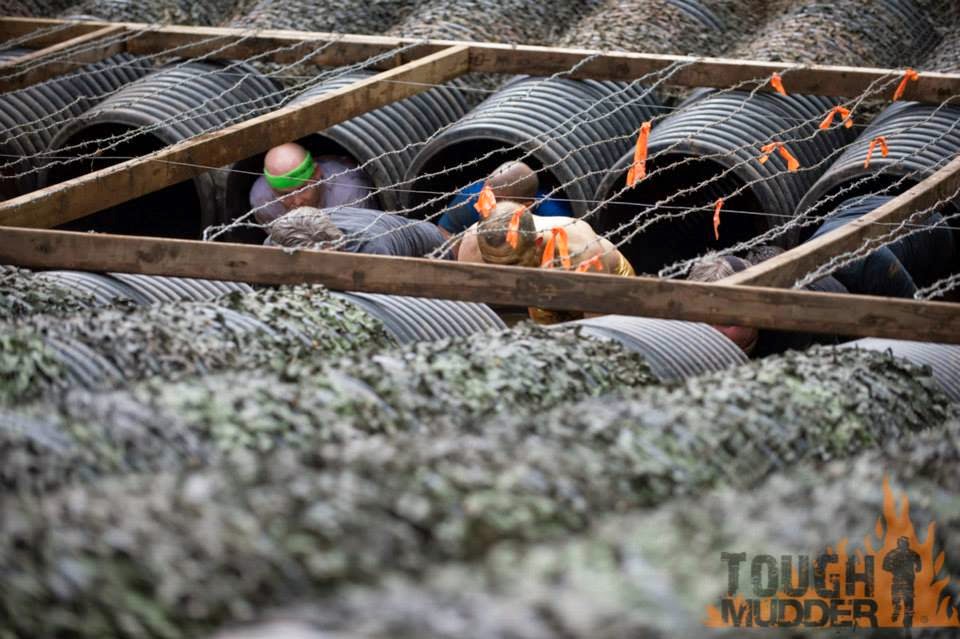 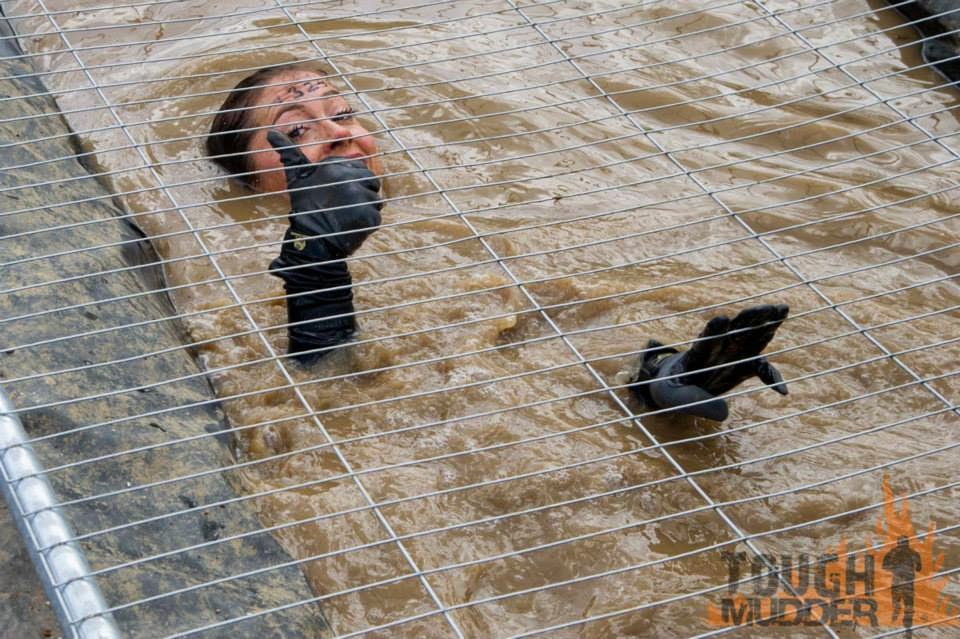 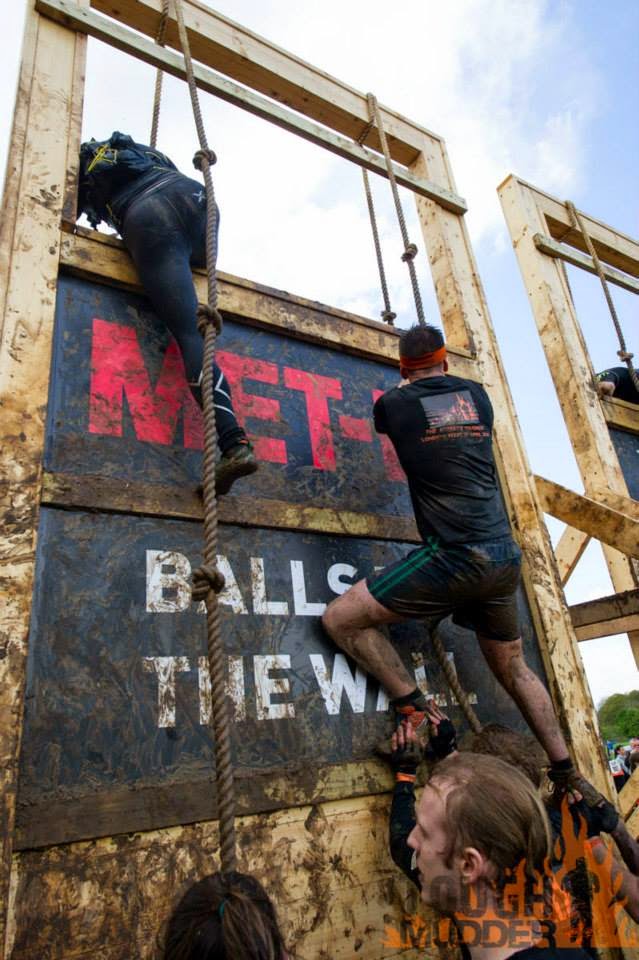 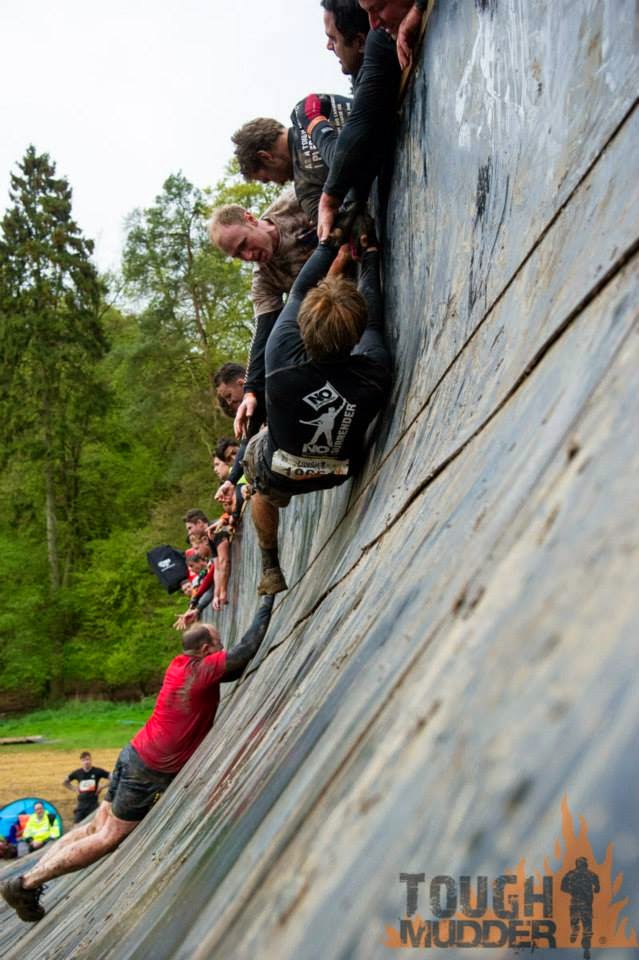 And somehow, a good four-and-a-half hours later, wear the headband with pride and find yourself not only still smiling, but also thinking about signing up to do it all again*.


Bonkers? Possibly. But great fun and incredible camaraderie.
Who's joining us next time? 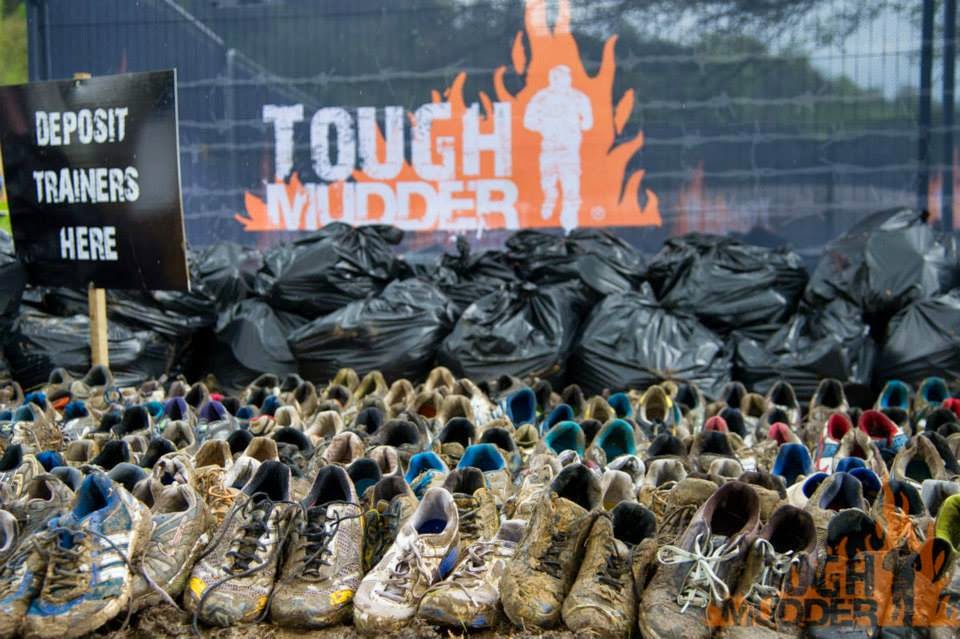 * I am absolutely serious about that, two of us having already signed up for 2015

Addendum - ALL of us (bar one, but she will be persuaded forced convinced otherwise) have now signed up for 2015, and others are lining up to join in :-)

Amazingly the weather today would have been more suitable for the London Marathon last Sunday.
Not least because it is closer to the winter training conditions endured to ready myself for the 26 mile 385 yards feat.

What counts (as I am constantly reminded by everyone) is that I finished.

Never mind that my time was rubbish - an hour longer than hoped - and that I had to contend with
a) heat (16C max? Really? Try 22C plus on the tarmac in the full sun with swarms of other runners around you - I had sunburnt shoulders to prove it afterwards), and;
b) left hip joint pain and nausea from the 20 mile mark.

Apparently early stages of heatstroke. Who would have thought?

The upside is that I used my time wisely - never let mishaps get in the way of a good story!

And if you feel ANY compassion/sympathy/disbelief/horror/shock whatsoever, do please sponsor me: I am almost there!

Further to the last post, here is the result of my 'messing about with technology' effort.
I obviously have far too many hours to waste at present. 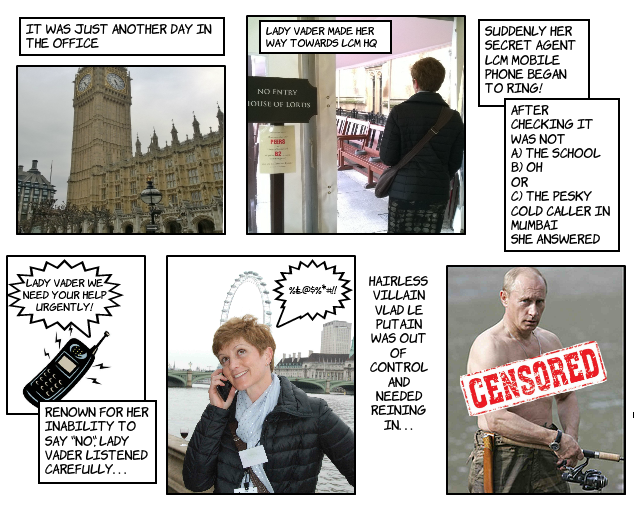 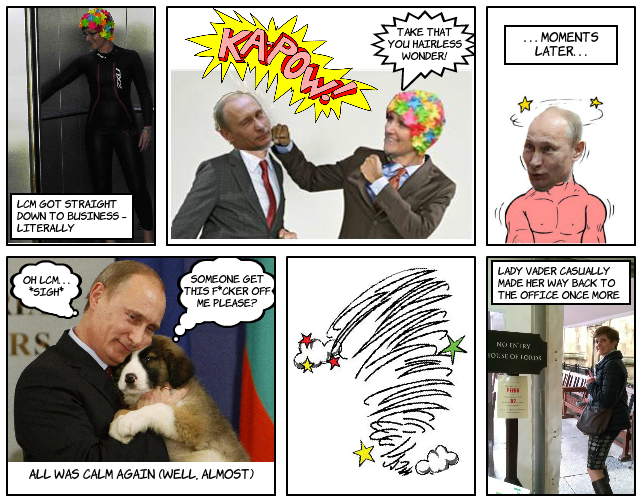 Been hiding out in a cave? No? Good.
Then you will be very aware that I am now on the home straight in terms of training for the upcoming event-that-I-said-I-would-never-do-in-my-lifetime.

The wonderful charity that I am running for invited me to a hosted event yesterday evening, at the Houses of Parliament no less.

Twenty-three and a half years in London and I finally got an invite.


I even caught up with my old friend who is the cause of this insane decision. I will refrain from posting a photo of the two of us together as it will probably come back to haunt me.
Or he might sue me for defamation.
Or misrepresentation.
Or malpractice.
Or something.

Anyway. He did, in turn, send me a photo (or several) of me acting like a total tit for the camera, pulling faces like a ten year-old and generally hamming it up whilst the more serious people at the event acted like grown-ups, graciously sipping glasses of wine and eating the canapés on offer. And probably wondering who the bloody hell was this idiot in their midst.

Classic case of (everyone) being affected by the powerhouse despite not actually belonging there.

Although my friend's "LCM for PM!" comment on one of the photos - where I am adopting an MP-style pose in front of the dramatic political backdrop (use your imagination) - did get me thinking.

Or maybe not.
Given the photo above I might just hotfoot it straight to the House of Lords, especially since my new nickname as of today - thanks to recent negotiation skills commended by a fellow governor, story for another post - is 'Lady Vader of Kew'.

Eddie Izzard eat your heart out.

And now it's back to training.*

*Altitude training shortly. Better known as skiing amongst the commoners.