A scrum of rugby

This post may appear slightly disjointed. I am going to blame the combination of lovely fit men and Lycra. Bear with me.

So, last Sunday, mini rugby training session completed, I was heading in to the club house with my youngest (Widget) when something someone a renown figure caught my eye. 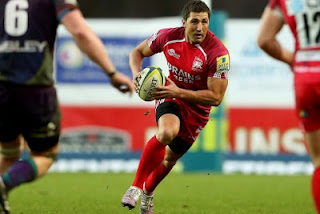 Yes, it was none other than that perma-tanned (former) bastion of the Welsh national rugby team Gavin Henson, walking straight towards me.
I hesitated for a millisecond and then came to my senses.

And before he could gather his thought(s), I hauled Widget out of the club house, crouched down next to him and asked, "Know who this is?"

From the mouths of babes, as they say.

A few days later and I am returning from a business conference in the City, when I spot something someone a renown figure, descending the steps to the tube. 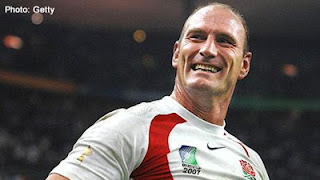 Now how I recognised this (former) bastion of the England national rugby team is a mystery as I was walking behind him, but let's leave it at that.

I alighted the tube, so did he. I sat down. So did he. Opposite me. I became somewhat entranced by the surreal - and loud - conversation two teenage girls were having nearby. So did he. I rolled my eyes. He smiled at me.

And then got off at the next stop.

Never mind. I hope the eye-rolling did not put him off.

And then of course there was the fabulous - and long overdue - Welsh victory over the French at the Stade de France on Saturday. I yelled so loudly at the television, I thought the neighbours would lodge a formal complaint.

One player in particular was worthy of my lung power. 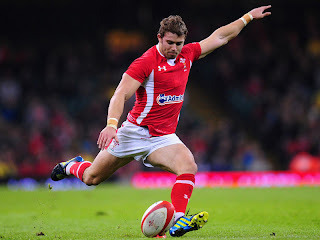 I laid bare my thoughts via Twitter, as you do.

I am following him avidly, am considering adoption, and might even go as far as undertaking laundry fairy services should he take up my offer.

Don't worry. I will come to my senses shortly.

About the laundry, that is.