What the eye sees - the mish-mash version

It has been a very busy few weeks. Not only does setting up your own company take time and effort, when something on the technical front goes awry, you cannot just pick up the phone and call the IT department.

I am the IT department.

So, enough about the work front, let's focus on something else that has been amiss of late.
Random photos and commentary, anyone? Yep, I see the show of hands, especially Mrs Woog's.
Woogie baby, this one's for you.

Here we go. Bear with me, they have been collated over a period of a few months. It has been that long since the last time.

I had forgotten about this one, taken in Rome back in late July.
I would like to draw your attention to the sartorial elegance of the tourist passing the building site of the very up-market and classy Hermés. I am particularly impressed with the over-the-shoulder moob holder.
Oh, wait, hang on. That's a camera strap.
Naughty LCM. Say ten Hail Mary in penitence. You were in the Holy City after all.

This woman however is to be commended for her hair and outfit colour coordination. Who knew that Cruella de Vil had a sense of humour? 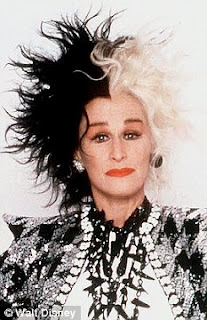 And this, well... I have no idea what those things on her legs are.
Leg warmers? Zip-up socks? Compression tights? Disguise for hair-removal failure? And what is it with the knitted jersey thingy 'doubling' as a dress (of sorts, I use the term very loosely)?


Now, before you start hurtling the usual accusations about showing photos and not disguising faces, let me state for the record that these two young things were already being photographed by someone with a proper camera. I just took advantage of them posing. I was merely intrigued by the blonde's footwear, especially as she had barely managed to stagger up the escalator in front of me. And no, she was not drunk.
At least I don't think she was. I did not engage in conversation to assess if she was slurring her words.

I even attempted to chase her down to ask her but she was way too fast... as the blurry image below testifies.

Right. Back to business plans and technology wotsits.