What the eye sees... take three

And it's back again, by popular request no less and under threat of duress - taking these photos is hard work you know.
So, at risk of ridicule and with the Transport Police and the Mary Whitehouses of today breathing heavily down my neck, here we go.
Ready? Good.
First up - I give you the inflatable passenger. Typically used for occupying the adjacent seat when you don't want the token weirdo near you, this one seemed intent on hugging the upright pole. Whatever tickles your fancy. 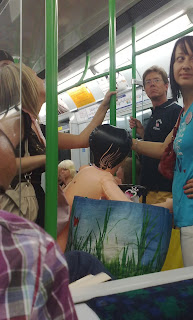 Next up, we have the 'largest earring competition' winner. Forget the Argos-gold-hoop-chav-bling, this woman was hanging the equivalent of a dinner plate from her ear. Slightly hazy - the glass partitions on the tube could do with a clean but that might have bordered on obsessive behaviour and we wouldn't want that now, would we?

And another flower-in-your-hair girl. Less toxic than the last one, but it still looked like she had grabbed one of those peculiar wash cloths and stuck it on her head. 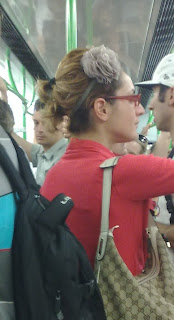 Next - the man who has everything, but still needs *ahem* protection as he battles the commuting masses. 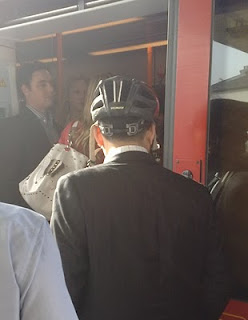 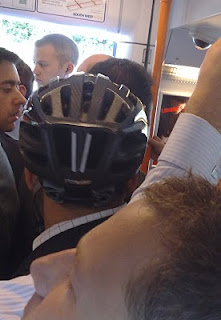 Yes, he kept it on for the entire duration of the journey. Just as well it was ventilated.
And keeping with the hat theme, I give you the Japanese version (trust me on this one, I stalked them from all angles) of Bradford and Bingley: 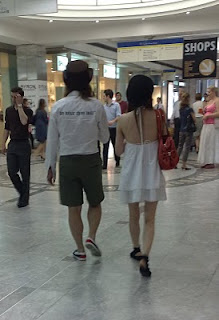 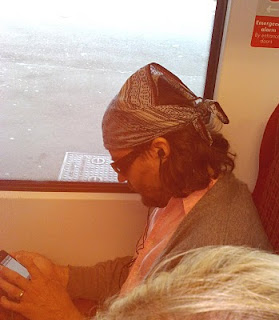 Two cases of 'Oops - bad outfit choice for work'.
First, one that probably should have headed to the beach instead, and second, the man who thought he was still a schoolboy. Hmmmm. I do wonder sometimes if I lead a sheltered life. 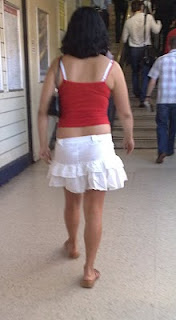 Stll with me? Good.
Here is the man who got attacked by his shoelaces. Note the Prada man-bag though. Fashion victim as well as laces victim? 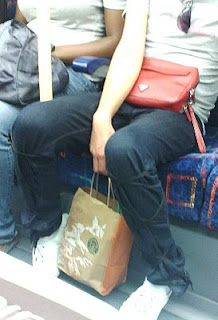 The woman who in 30.9C degrees of heat still thought boots were a good idea. And the girl who left home in Mummy's shoes (about two sizes too big, but at least she could walk in them unlike the lady in pink shoes) 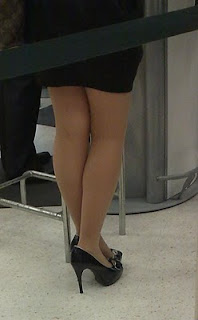 And finally, last but not least, no post of this nature would be complete without a snap of the (now infamous) Tandem Twins. 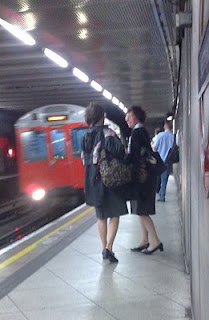 But look! They are ever so slightly mismatched! Oh no! Illusion shattered... Oh, hang one, that will be the jacket belonging to one of them hanging over her bag.
Panic over.
Over to you for comments. Play nice now.
Disclaimer: these posts are not meant to offend, they are totally tongue-in-cheek. If you have been captured on film, congratulations, you caught my attention. If this offends you I am truly sorry. A simple email with proof of identity will see you removed tout suite. Just like that.
Typed in haste (as always) by London City (mum) at 22:58